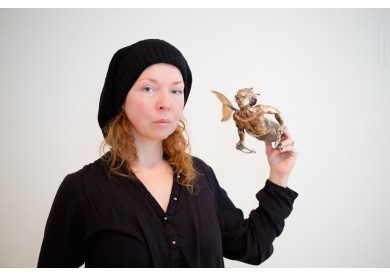 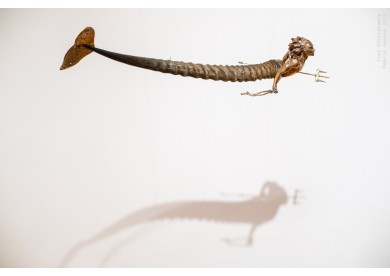 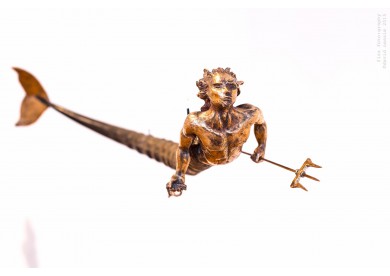 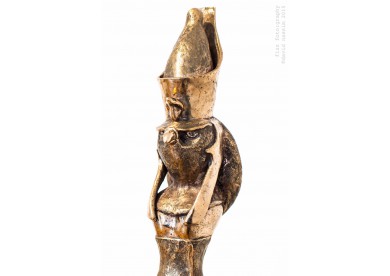 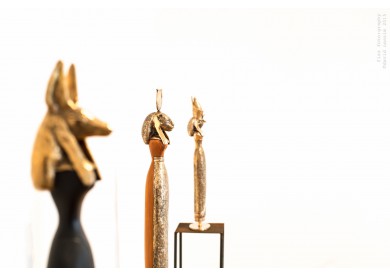 three of the priestesses 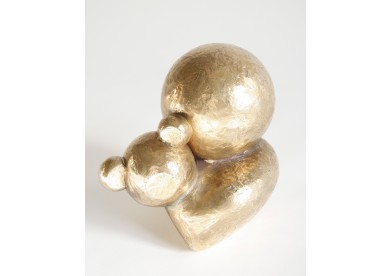 Proteus, son of Greek Sea God Poseidon and a Sea God himself, is a clearvoyant form changer who refuses the human world to benefit from his gift. Therefore, ploy and coersion need to be applied to access tales of one’s future - which happens often enough in his experience. Here, in this snap-shot, he just freed himself from a rope he was pinioned with by some human wanting to learn about his fate. He is on his way to the surface, pondering about what just happened. His strong, trained body performs the here wrath-driven pace he develops when moving his tail fin. At the same time, some almost tragic expression is to be seen in his face. And above it all hovers the beauty of an autarkic, strong natured male deity that floats the oceans. Proteus to me is a symbol of how important it is to accept one’s gifts, the talents we have, and to handle them with respect and care. Not following what is inherent in our personality leads inevitably to suffering. And in the end, it doesn’t help anyway, you will always be thrown back to what is part of your destiny.

Proteus is available as a pure bronze, as bronze with an antilope horn and as a bronze with olive wood. Prices on request.

Masks are omnipresent in all cultures on this planet. No matter if you look at North or South America, Africa, Europe or the Ocanic Area, the whole Asian continent or Australia: masks are in all their cultural lifes. A mask helps the shaman to evoke the powers of the deities, helps the tribe to connect to their ancestors, helps the priest to contact his god or goddess. A mask helps strengthening character traces that seem to be weak in a person, empowers the strong parts even more, and helps any child to diguise as anyone it always wanted to be. It can become anyone.

Originally designed as an award for a yearly charity event which was supposed to collect money to help needy children and their families.

Aurora means the rising sun, a symbol for me for a beginning life, such as a childs' life should be.

What is a teddy for a child? No matter if a little monkey, an elefant or a lion, or just classical, a bear - such a cuddly toy is a central figure in a childs life.

This soft toy often means a real character to a child, it gives hope, a sense of care, affection, even some protection. This comfy toy sometimes talks instead of the child, specially when there is something very uncomfy to say...

The shoulder of the figure is heart shaped, so it is all lasting on shoulders of love. The base of it all has to be made of love to be the right one for the child to support it.

The head is just a sphere. No attributes whatsoever that might point to any kind of race. All children are included, no matter what religion, race or cultural heritage. Very important.

And the teddy also symbolizes the child himself, being protected and held by the honoured one.